An international study of computer and information literacy reveals social media use is the most popular computer activity among Australian Year 8 students.

ACER is responsible for designing and implementing the study in close coop­eration with the IEA Secretariat, the IEA Data Processing and Research Center, and the national centres of participating countries.

In 2013, ICILS assessed student CIL achievement in 18 countries and three benchmarking participants through a computer-based assessment administered to students in Year 8 at school. In Australia, 5 326 students took part.

The study examined students’ use of, and engagement with, information and communication technology (ICT) at home, and their use of computers and the Internet for various activities. 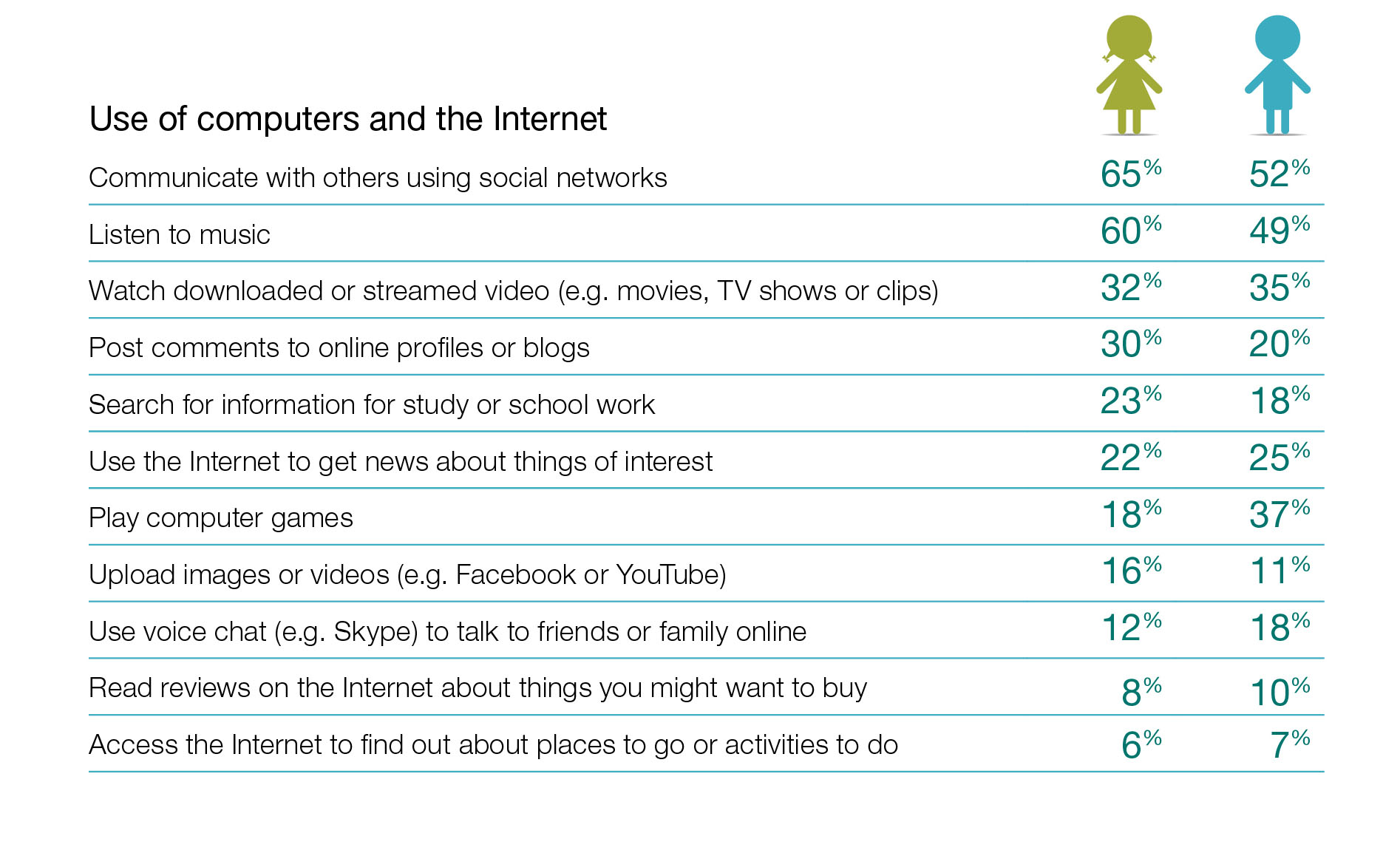 Learn more about the International Computer and Information Literacy Study.

Read more about the ICILS results in the July 2016 issue of Snapshots.

Examining the impact of computer games on achievement