PIRLS has measured trends in Year 4 students’ reading literacy achievement every five years since 2001. It is a project of the International Association for the Evaluation of Educational Achievement (IEA) and is directed by the PIRLS International Study Center at Boston College. ACER manages the implementation and reporting of PIRLS within Australia, with funding from the Australian, and state and territory governments.

In 2016, PIRLS measured the reading literacy of more than 580 000 Year 4 students from 50 participating countries and 11 benchmarking entities, including a nationally representative sample of 6341 Australian students from 286 primary schools. 2016 is the second time Australia has taken part in PIRLS, following participation in 2011. 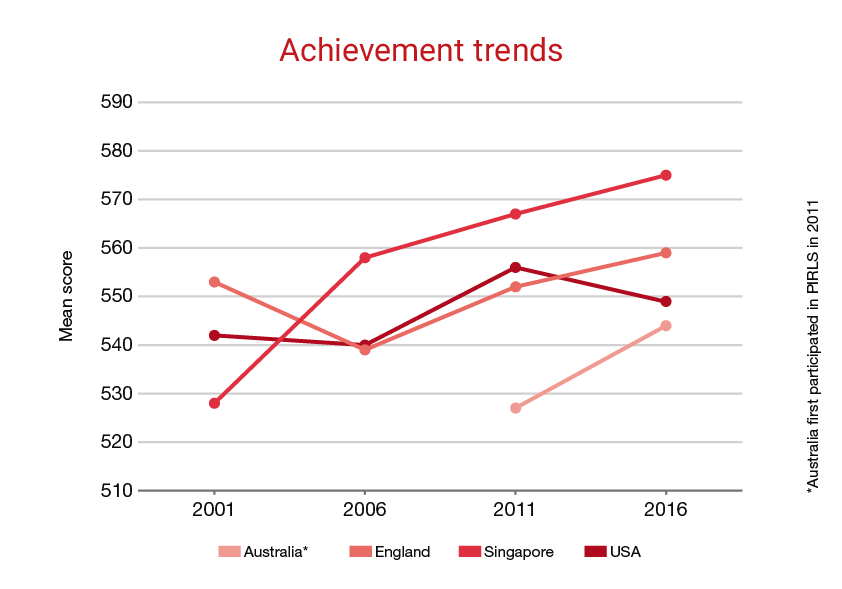 Figure 2: Performance of countries in PIRLS 2016 in relation to Australia 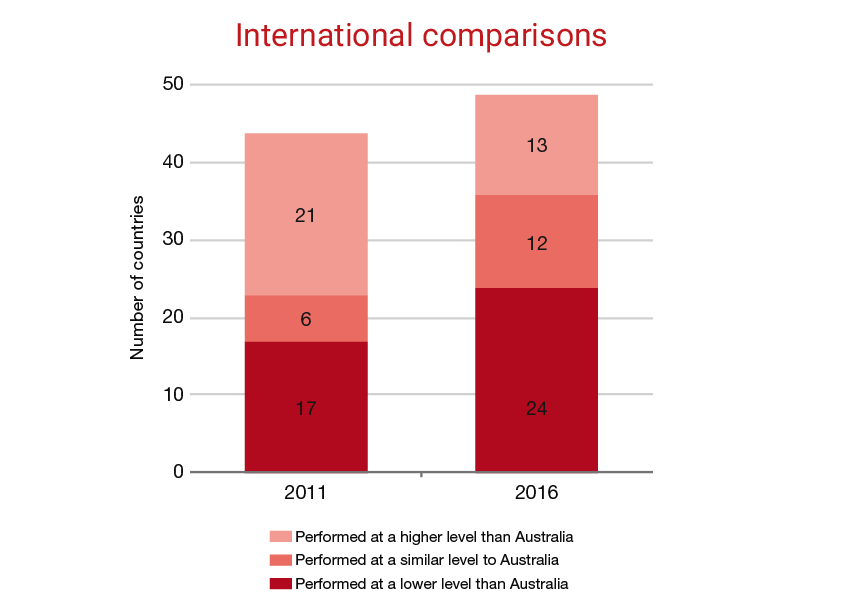 In addition to the improvement in Australia’s overall reading score, PIRLS 2016 also saw an improvement in the differences between its states and territories. The gap between the average scores of Australia’s highest and lowest performing jurisdictions reduced from 49 points in 2011 to 33 points in 2016. Western Australia, Queensland and Victoria showed a significant improvement in average reading literacy achievement between PIRLS 2011 and 2016, while the changes in the remaining states and territories did not reach statistical significance. 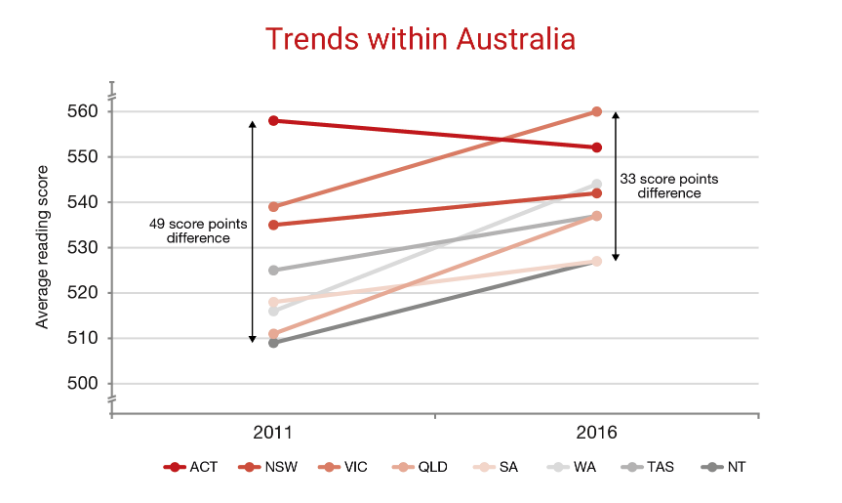 Australia’s Measurement Framework for Schooling identifies the Intermediate international benchmark in PIRLS as the nationally agreed proficient literacy standard for Australia, as it ‘represents a “challenging but reasonable” expectation of student achievement at a year level with students needing to demonstrate more than elementary skills expected at that year level’.

Figure 4: Percentage of students at or above Intermediate benchmark, selected countries 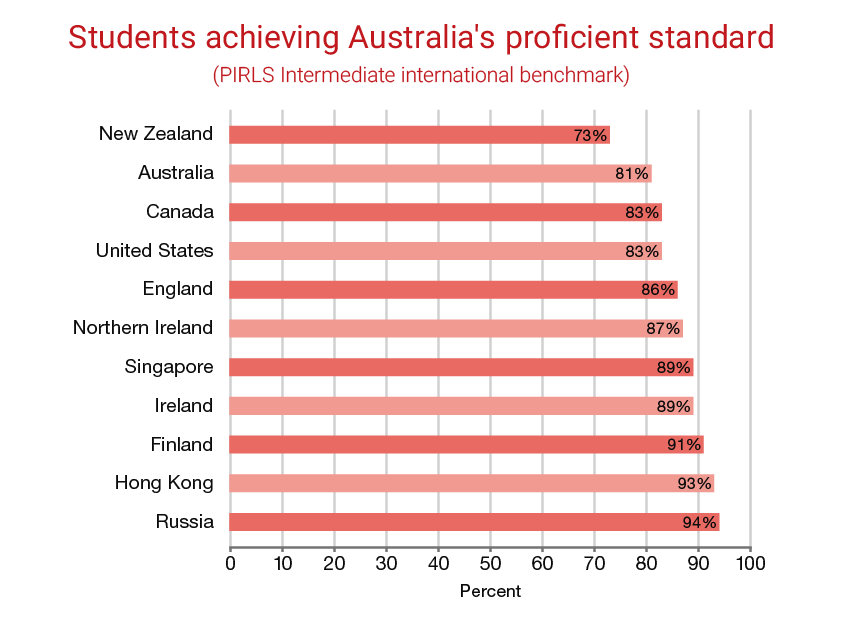 While PIRLS 2016 indicates improvement in Australian students’ average reading performance since 2011, it also highlights the existence of groups of students for whom reading comprehension remains an area of great difficulty.

Australia was one of 48 countries to record significant differences in achievement favouring girls. The gender gap in reading performance in Year 4 students in Australia has remained the same between 2011 and 2016, with both boys and girls improving at about the same rate over the two cycles.

In 2016, 85 per cent of Australia's girls met or exceeded the national proficient standard, compared to 77 per cent of boys. Further analysis revealed that Australia’s Year 4 boys had twice the odds of being a poor reader compared to Year 4 girls.

In 2016, 89 per cent of Australian students who reported having many books in the home met or exceeded the national proficient standard, compared to 86 per cent for students having an average number of books and 65 per cent for those with a few books. Students who reported having only a few books at home had more than three times the odds of being a poor reader compared to students with more books in the home.

The achievement gap between Australian students attending metropolitan and remote schools has narrowed from 70 points in 2011 to 21 points in 2016. Most of this narrowing is a result of substantial improvement in the achievement of students from remote schools, for whom the proportion meeting or exceeding the national proficient standard was just 48 per cent in 2011.

Encouragingly, in 2016 there were no significant differences in the proportions of metropolitan, provincial and remote students reaching the Advanced benchmark, at 16, 14 and 12 per cent respectively. This, too, represents a narrowing of the achievement gap since 2011, when just one per cent of remote students reached the Advanced benchmark compared to 11 per cent of metropolitan students.