The future of school reports

School reports are an important but imperfect means of communicating progress. Recent efforts to make reports more meaningful appear to have helped but more could be done, write Hilary Hollingsworth and Jonathan Heard in Teacher.

Dissatisfaction with school reports in Australia can be traced back at least as far back as the early 1980s. A 2006 government shake-up of the way schools reported on children’s learning was welcomed by many parents for its insistence on the use of ‘plain language’ in reports, along with A to E grading and placement of students within quartile performance rankings. Yet the reintroduction of the A to E scale remains a sticking point with some educators to this day, because of a lack of consistency in issuing grades between teachers, classes and schools and its potential to negatively affect the motivation levels of lower-performing students.

It’s clear there is work to be done on improving the way we measure and communicate student performance. Could charting progress (a child’s increasing proficiency from a starting point) rather than achievement (the grades they were awarded throughout the semester) produce a better kind of school report?

Implementing such a system presents challenges and little research has been performed on the impact of the Federal Government’s changes 12 years ago. A current Australian Council for Educational Research study is looking at issues central to this discussion and early analysis is uncovering what looks like significant confusion about the role and purpose of student reporting. Findings of the research will be reported in Teacher articles across 2018 and readers are invited to contribute to the project. Find out how and read the full story on Teacher. 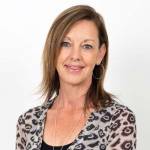