The SPT school report gives students raw and standardised scores for the various components in the tests.

Common scales for V, Q and A items have been generated for the SPT program to allow:

If tests are undertaken at a two year interval, the report can indicate group and individual student development.

Here is an example of the range of scores (shown as percentiles) for the same group of students who have sat SPT tests two years apart when they were in three different year levels.  The same scales apply to each of the three ability measures V, Q and A so the cohort’s performance can be tracked.  The performances of individual students can be tracked also. 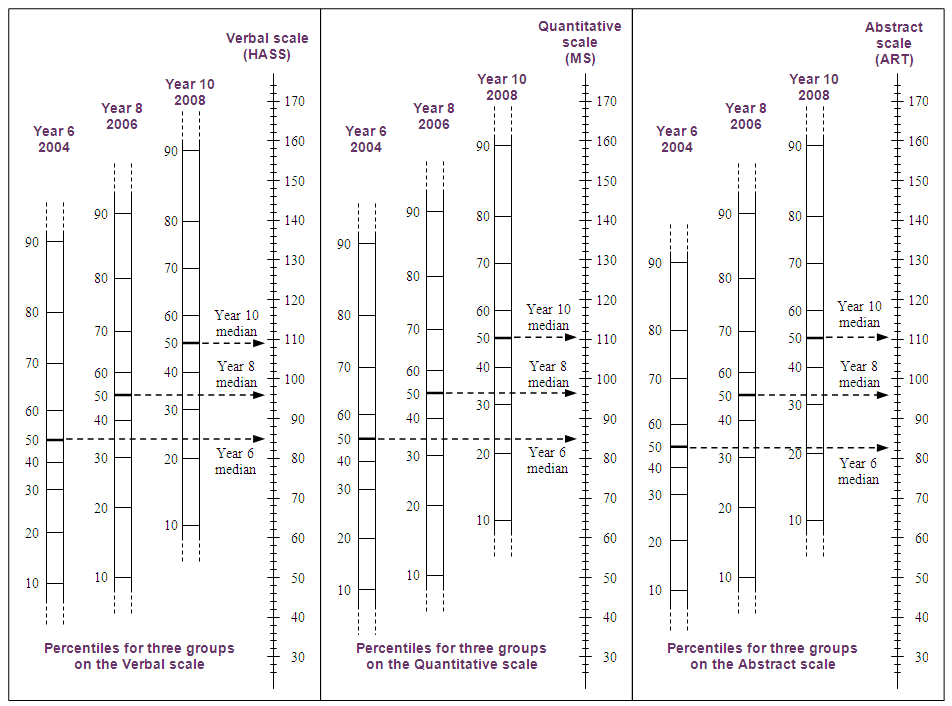 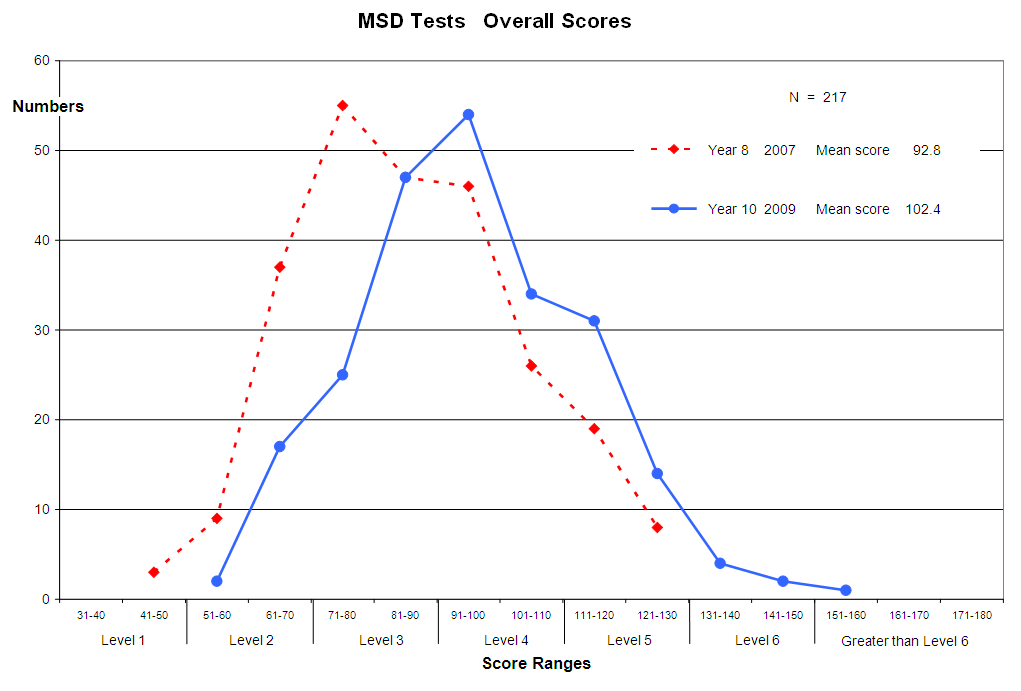 This graph is another way of displaying the performances by the same group of students when they were tested while in Year 8 and then again two years later when they were in Year 10.