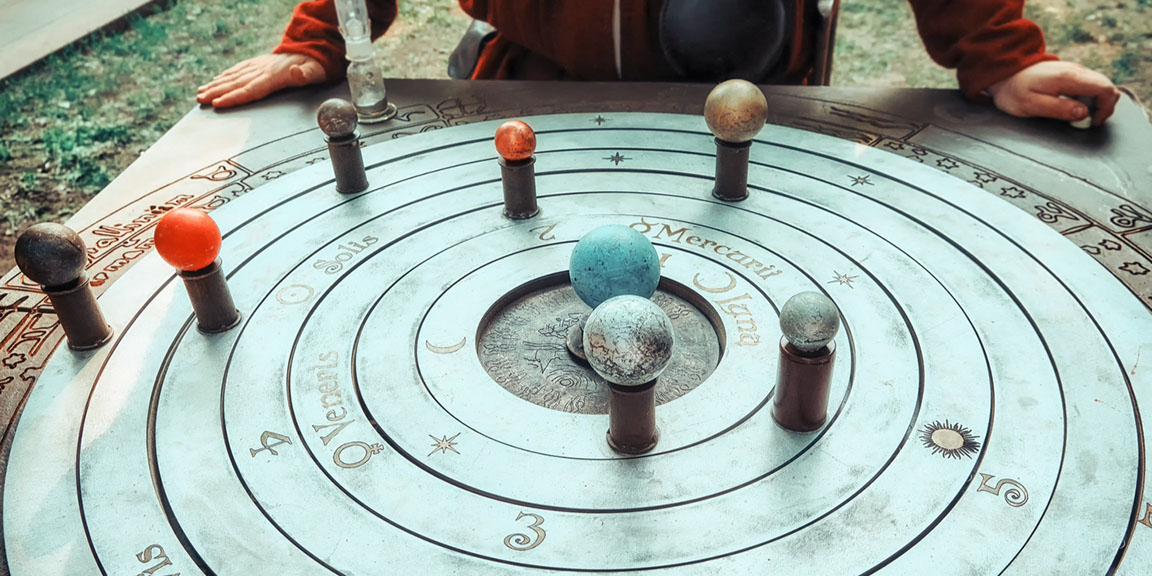 History shows progress occurs through occasional fundamental shifts in how we see and understand some aspect of the world. - Image ©Shutterstock.com/Zhuravlev Andrey

A new essay by ACER Chief Executive, Professor Geoff Masters AO, questions whether it is time for a paradigm shift in school education and draws parallels with fundamental changes in thinking that have occurred in the world of science.

‘In his book The Structure of Scientific Revolutions, Thomas Kuhn observes that progress in science … occurs not only in small increments, but through occasional fundamental shifts in how scientists see and understand some aspect of the world,’ Professor Masters writes.

Professor Masters explains that Kuhn refers to such shifts in perspective as changes in the ‘paradigm’ within which scientists work following unexpected observations that are inconsistent with the existing paradigm.

‘The relevance of this to school education is that schools also can be thought of as operating within a prevailing paradigm. This paradigm has theoretical underpinnings, concepts, rules and methods that guide ‘normal’ practice. However, as occasionally occurs in a field of practice, a significant mismatch currently exists between theory and observation; normal practice in school education is not delivering the results it was expected to deliver,’ Professor Masters writes.

Professor Masters says the existing paradigm for schooling assumes that students in the same year group are more or less equally ready for, and able to benefit from, the same year-level curriculum. But, he says, in reality the most advanced 10 per cent of students in any year group are between five and six years ahead of the least advanced 10 per cent of students.

Figure 1.  Distributions of student proficiency in mathematics (Years 5 to 9) For Professor Masters, this figure illustrates the paradigm shift required in schooling – a shift from focusing on the horizontal axis (time) to the vertical axis (proficiency). Rather than developing a curriculum for all students in each year of school, Professor Masters says curricula should be developed for each different proficiency level.

‘Instead of inferring what a student is ready to learn next in mathematics from their year level, this is inferred from their demonstrated level of mathematics proficiency, whatever their age,’ he writes.

In response to concerns about how teachers can manage classrooms in which students are working at eight different levels, Professor Masters says, in practice, the variability observed in an entire year cohort is unlikely to be found in many individual classrooms, and teachers already manage students working at two or three levels within the same class. He also stresses that a restructured curriculum does not require ‘streaming’ or individual learning plans.

‘Many teachers already have students work on different tasks to address their different learning needs, sometimes by grouping students who are at different stages in their learning,’ Professor Masters writes. ‘Schools in which students vary widely in their levels of attainment may need to find ways of having teachers collaborate to ensure every student is taught at a level appropriate to their current learning needs.’

Professor Masters notes that, just as Thomas Kuhn observed that the introduction of a new paradigm in science is always controversial and met with resistance, so too is a change to the schooling paradigm.

‘According to Kuhn, a crucial step in making the change to a different way of thinking and working in science is the development of a ‘clear exhibit’ of what scientific practice would be like under the alternative. Any change to the structure of school learning is likely to depend on a clear illustration of what change would look like in practice, including the implications for future teaching and learning,’ he writes.

Professor Masters calls for development of proficiency-based curricula to begin in one or two learning areas, starting with mathematics. He also notes that the number of mathematics curricula to be developed under this alternative would be similar to the current number of year-level curricula.

‘At the heart of a restructured curriculum will be a relatively small number of essential concepts, principles and methods to be developed in increasing depth over a number of years of school. Important factual and procedural knowledge usually will be organised around these core understandings,’ Professor Masters writes.

‘Concrete examples of development—in the form of samples of student responses and work—will be essential to illustrate the levels of the restructured curriculum. And, ideally, these descriptions and illustrations will be accompanied by extensive advice, resources and associated professional learning for teachers.’

‘This alternative paradigm is more than a different way of structuring the curriculum; it invites new ways of thinking about teaching, learning, assessment and reporting—in a sense, a redefinition of “normal” practice.’ ■

Recognising the value of teachers