A team of Australian school students has received the second highest honour in the 2021 International Mathematical Modeling Challenge (IM2C), contested by 51 teams from 27 different countries.

The IM2C is a competition for secondary school students around the world that seeks to develop and enhance students’ ability to visualise, understand and apply mathematics in the development of an original mathematical model to solve a common problem. The Australian Council for Educational Research (ACER) coordinates the challenge in Australia.

Two teams – one from Hong Kong and one from Singapore – received Outstanding Achievement awards, the highest honour available in IM2C. Videos of the teams presenting their winning models at the International Congress on Mathematical Education are available on the IM2C website, along with their full solutions.

John Monash Science School has been a national finalist in the IM2C in four of the past five years. The school’s Assistant Head of Mathematics and advisor to this year’s teams, Shane McLean, recently told Teacher magazine the IM2C has enabled his students to develop the mathematical, technological and creative skills necessary to perform high quality investigations.

IM2C sees teams of up to four students, together with a team advisor, work together on the centrally set problem over five consecutive days within the competition window, which this year ran from 8 March to 21 May.

The problem this year was to determine the greatest athlete of all time (G.O.A.T.) in a particular sport. There were three parts to this multi-faceted challenge.

Each team had to describe their methods and results in a main report of up to twenty pages, a one-page technical summary and a one-page non-technical letter to a sports director. Any supplementary information, data and code could be added in an optional appendix which was not included in the judging process.

The Australian judging panel noted this was a very challenging task because there were many factors to consider and difficult decisions to be made.

There were several approaches to the first part of the challenge. Although most teams used only the supplied data, a few augmented this with additional data and statistics from official websites. Most teams developed descriptive models of tournament results as various weighted combinations of rankings, matches, games, sets and points won and lost.

Surprisingly, for the second part of the challenge, the easy choice of developing a model for men’s singles tennis was rarely made. A wide variety of individual sports were chosen. Some were based on sequential comparisons between players and others on measurements of physical quantities.

The second part of the challenge also involved modelling performance over time. Definitions of greatness included: average over time, improvement over time, highest level attained, distance from theoretic perfection, and greatest cumulative achievement over time. Some teams defined their sports by the availability of data, and this was acceptable when adequately justified. Some teams considered the significance of major rule changes on the definitions of their sport. One team modelled the effects of weather conditions on the outcomes of road races to compare athletes participating in different events.

The final part of the challenge seemed the most challenging, perhaps as teams ran out of time towards the end of their five days. The models of the previous sections were sometimes acknowledged to be too closely linked to the idiosyncrasies of particular sports for them to be easily adapted to others.

There were some interesting ideas about adapting the model to team sports. Some teams interpreted the task to be determining the greatest team of all time. Others considered the specialised roles within teams, cooperation among players and how to allocate credit. One team wondered whether the two-car Formula One racing teams or the individual drivers in each team should be compared, since different teams have significantly different budgets and equipment.

The Australian judges said the originality of the models developed was inspiring, and they look forward to seeing the entries in IM2C 2022. The full judges’ commentary will be made available on the IM2C Australia website.

Visit the IM2C Australia website to find out more and register your interest in the next challenge. https://www.immchallenge.org.au/ 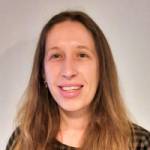 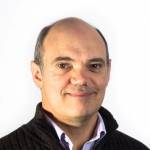 Anton Davis is a Research Fellow in ACER's Assessment and Reporting research program.

GOAT no match for kids in maths modelling challenge

The very model of a modern mathematician