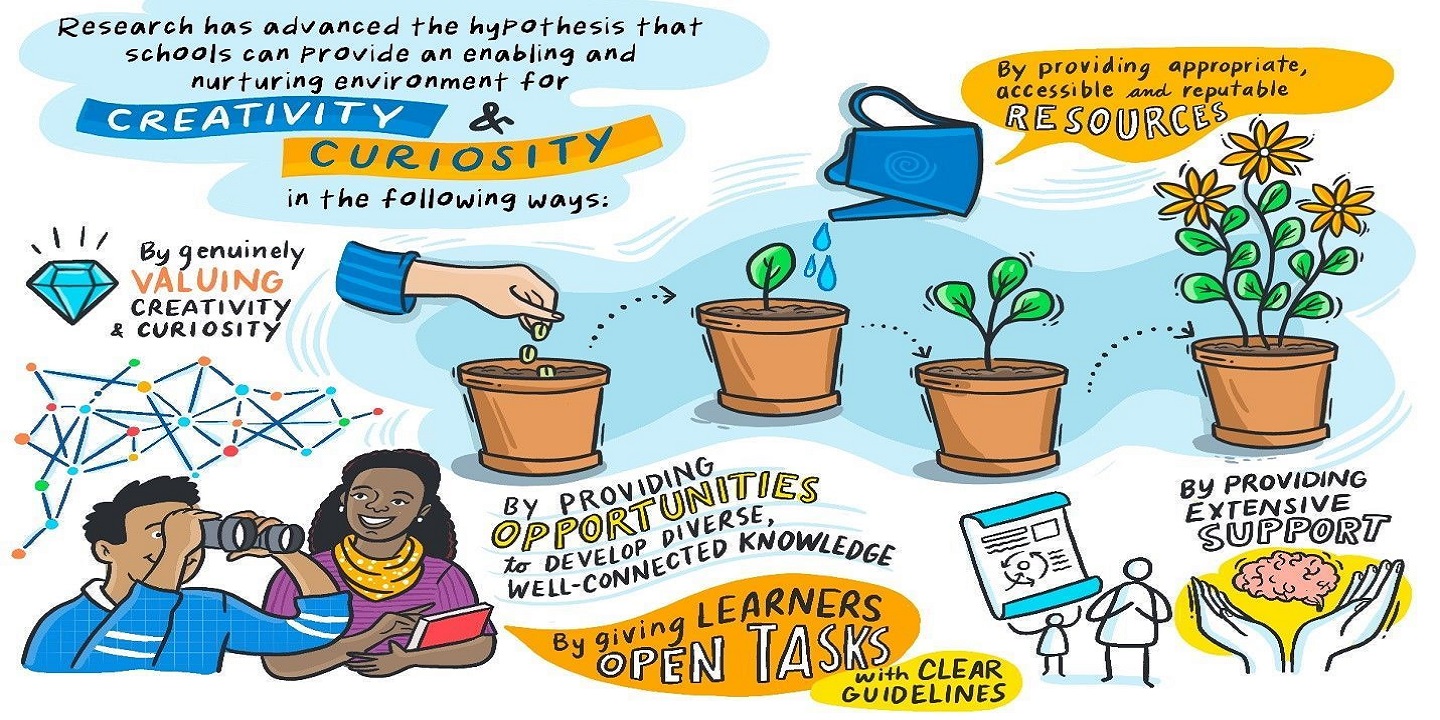 ACER researchers achieve a breakthrough in measuring creativity and curiosity

A challenge to create a learning transcript for curiosity and creativity for the International Baccalaureate Organization has resulted in tools that every school can use.

Tools – such as standard verbal and written tests - which measure a learner’s understanding of traditional subjects like mathematics or biology have existed for centuries, although their effectiveness has varied markedly. Efforts to measure a learner’s ‘21st Century’ skills like collaboration, creativity and curiosity, are much more recent. These skills are also referred to as `transversal domains’ as they span different situations and contexts. In 2021 and 2022, ACER – with funding from the International Baccalaureate Organization (IBO) and the Jacob’s Foundation – investigated how students and teachers could record achievement in two of these domains, creativity and curiosity, and how they could be defined in ways that made sense in school classrooms.

ACER researchers were given a specific challenge - to create a transcript to record learner’s creativity and curiosity for the IBO that would work for learners aged from 3 to 19 and across 160 countries. The IBO plans to incorporate these into the profiles they use for each learner, which ‘describe a broad range of human capacities and responsibilities that go beyond academic success’. The purpose of the transcript was not to ‘grade’ a learner’s curiosity and creativity but to record learner achievement in each domain consistently and accurately so that progress and change could be monitored.

In any subject, defining a domain and establishing different levels of achievement are required steps before any evidence of achievement can be collected. Drawing on the academic literature, creativity was defined for this purpose as having 3 dimensions: problem definition, generating ideas and the quality of ideas. Curiosity was defined as having 2 dimensions: focusing curiosity and resolving knowledge gaps.

Both the literature and common sense indicate creativity and curiosity do not have a linear growth over time, in the same way as reading or mathematics. Instead, they wax and wane – often within the same day – depending on a combination of external stimuli and personal attributes. ACER researchers resolved that a thermometer was a suitable metaphor to indicate different levels of creativity and curiosity.

The thermometers they created defined what observable behaviours occurred at cold, cool, warm and hot levels of either curiosity or creativity. The purpose was not to judge learners’ achievement but to provide a resource for self-reflection and conversations between teachers and learners. Cold or hot are neither better nor worse than each other – they are just different. This also recognises that no-one can be curious about everything all of the time, nor can someone be creative all of the time.

ACER has also developed an accompanying transcript, designed specifically to help learner agency. Learners select a piece of work and use an age-appropriate version of the thermometer to indicate the way in which they believe the work reflects a particular level of either curiosity or creativity. Teachers then validate – or contradict – the learner’s self-rating and comment accordingly.

After several such transcripts, learners complete a longer reflective task which is designed to stimulate their meta-cognition, and to identify how they can still learn even when their curiosity or creativity is ‘cold’.

The COVID pandemic meant that planned fieldwork with schools was not possible as part of the initiative. Nevertheless, ACER carried out extensive virtual consultations with teachers in schools around the world and the resources were received positively. COVID also meant that world-leading researchers on curiosity and creativity had more time available as they weren’t travelling for conferences. Having their input at the start of the project – discussing how each concept was expressed by learners in schools – was invaluable in setting the foundations for the project to build on.

All of the resources created during this project are now available for schools and teachers to use. The researchers hope that schools will encourage their use across all subjects and age groups, and that schools will refine them further as they roll them out.

This project was designed as a ‘proof of concept’, and the ACER team also hopes that the methodology and tools created can be used with other transversal domains.

The ‘essence’ of effective teaching