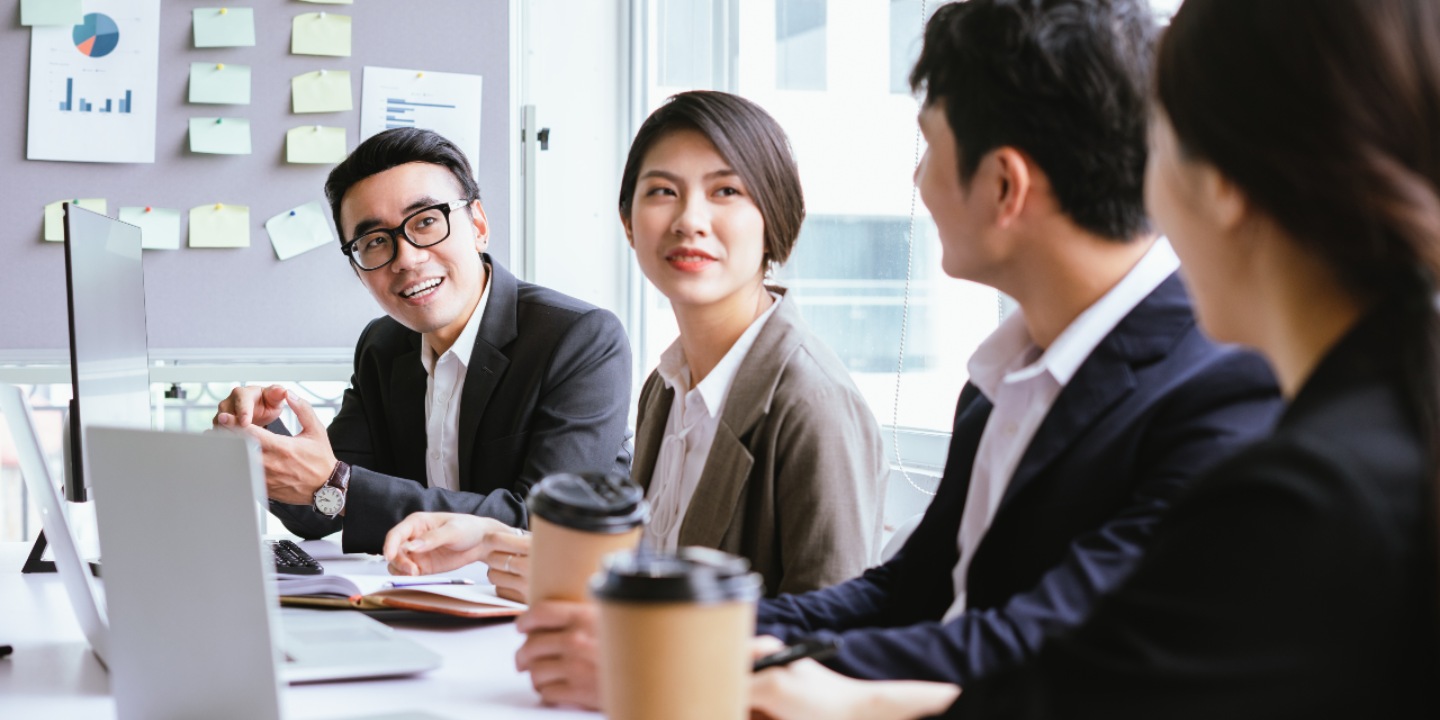 The Global Tracer Longitudinal Survey shows that recipients of Australian development scholarships continue to make an impact in their countries.

This was the fifth survey conducted for the Department of Foreign Affairs and Trade (DFAT) by the Australian Council for Educational Research (ACER) but the first with longitudinal data. ACER now has new, extended insights into the long-term outcomes of alumni. The survey enables comparison of alumni at two points in time post-award and shows that the impact of the awards continues to grow as alumni progress in their careers.

The overarching aim of the Australia Awards is to ‘support partner countries to achieve their development goals through education … build enduring relationships with Australia that advance mutual interests’. The survey looked at how the career outcomes of alumni and their contributions to development change over time, comparing survey data now with data collected from this group five years earlier.

In the five years between the surveys conducted with this group, alumni have become firmly established in their careers and have developed professional networks. Nearly 89 per cent of alumni were employed full-time and the public sector was the largest employer of respondents – almost 45 per cent of respondents worked in this sector.

The survey results show that alumni are sustaining their career trajectories. More than 70 per cent of respondents indicated that they held formal leadership positions, a proportion that has been maintained since 2016 (67.5%).

One of the strengths of the longitudinal survey is its ability to see the changes in alumni outcomes between 2016 and 2021. Nearly 25 per cent of alumni had changed jobs since they were surveyed in 2016, bringing increases in the complexity of their work and responsibilities, and in their remuneration. Alumni are also managing or supervising more people than they had five years ago.

The survey also examined the gender differences in alumni progression between 2016 and 2021. Men and women were equally likely to report progression in their roles at work and there were similar rates for increases in salary and remuneration (86.4% for women compared to 89.1% for men).

Women and men reported similar rates in the number of people they managed, professional networks and overall responsibility. However, there was a 10-percentage point gender difference among those who held a formal leadership role in the workplace (65.3% of women compared to 75.8% for men). Similarly, men were more likely to have informal leadership roles in their workplace (22.2% compared to 15.9% for women).

One of the three recommendations included in the report is that additional global and context-specific research needs to be conducted on female alumni perceptions and experiences of leadership, and career progression.

One of the long-term GTF program outcomes is to assess how alumni use their skills, knowledge and networks to contribute to sustainable development. Compared to 2016, there was an increase of more than 25 percentage points for alumni who reported that they are ‘very much’ using their Australian skills to improve the organisations they work for. And the proportion of alumni who reported they used their Australian skills to improve local communities nearly doubled (81% in 2021, up from 46% in 2016), with similar findings for contributions at the national, regional and global level.

The 2021 survey results show that the alumni’s Australian degrees are still relevant to their work and are recognised by their employers. Alumni hold positions of influence and are sustaining their career trajectories because of their scholarship foundations. 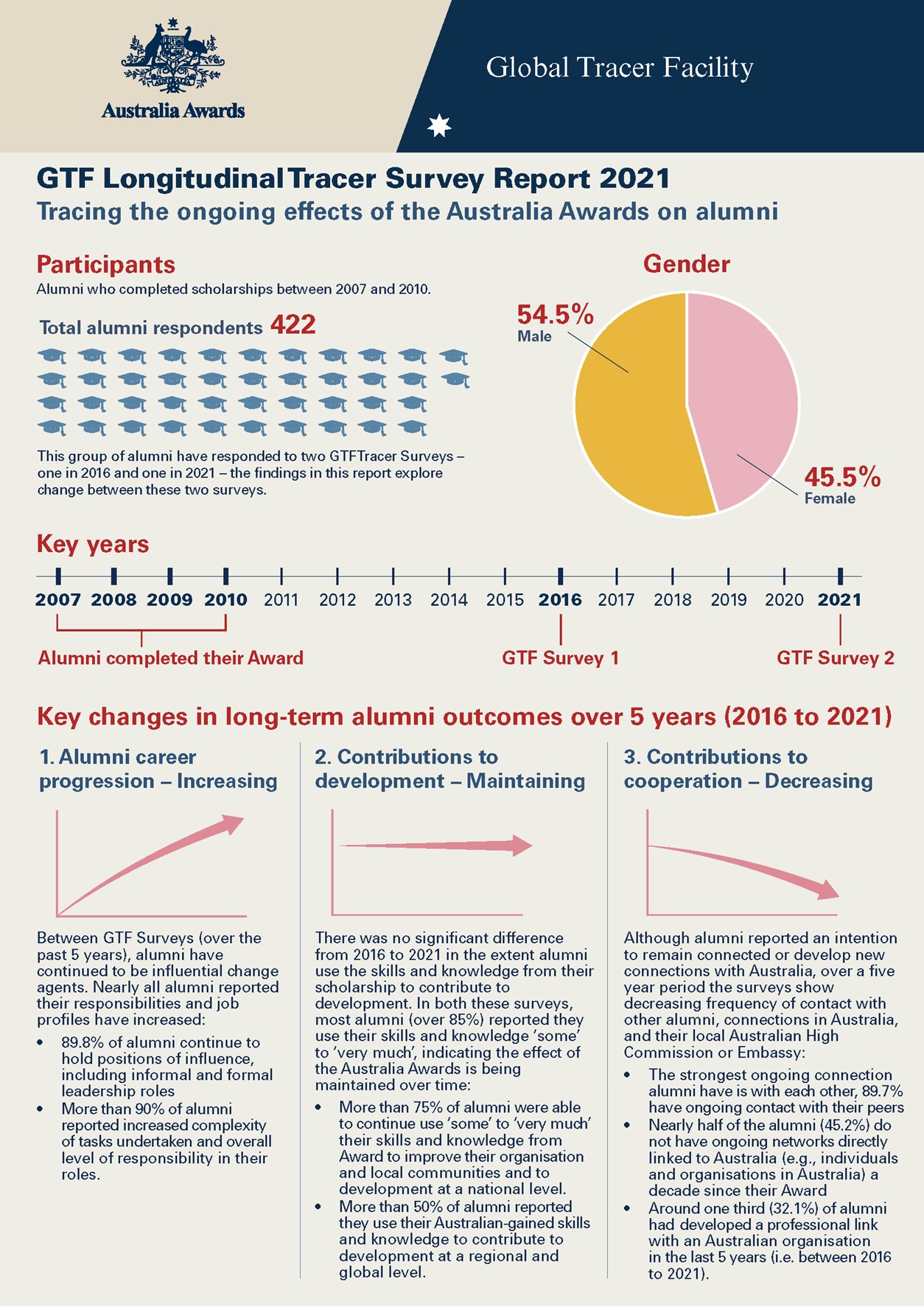