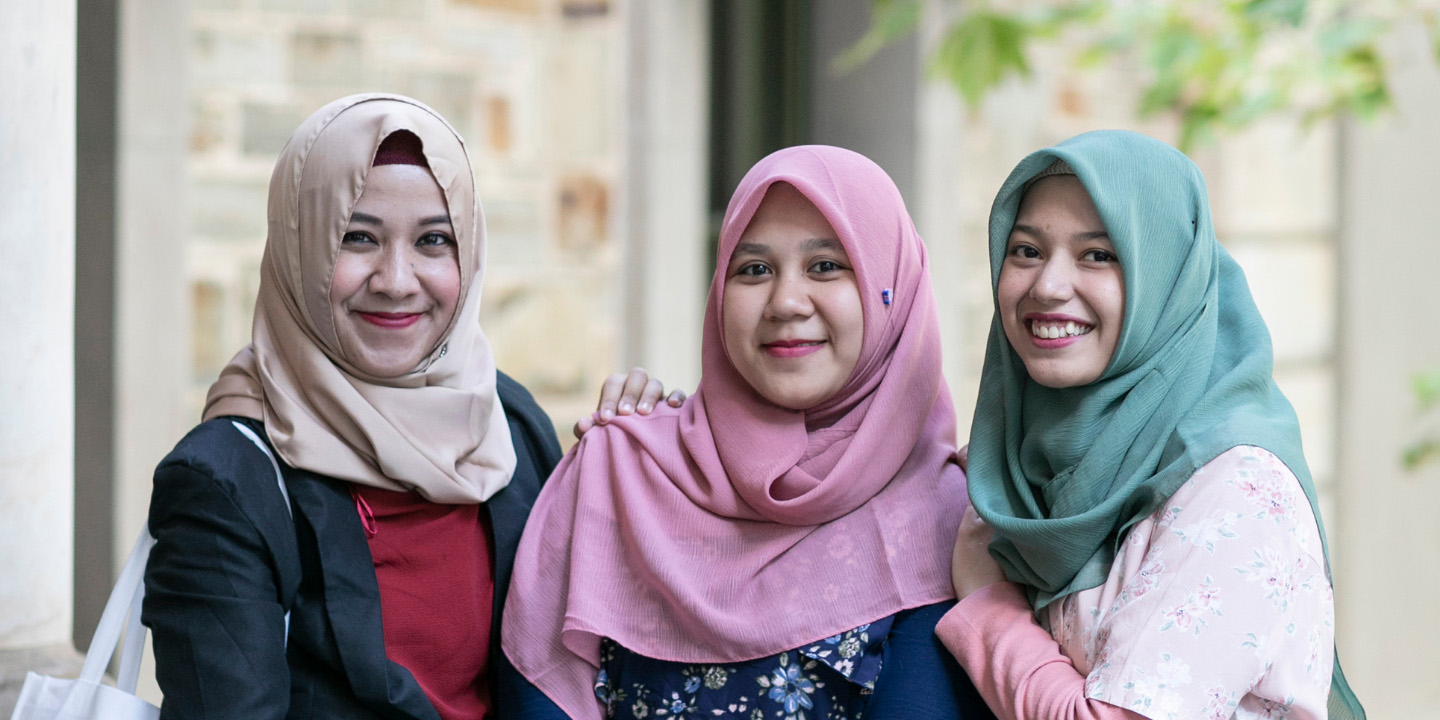 Why Indonesian alumnae experienced mixed outcomes with their career progression

A follow up survey by the Australia Awards Global Tracer Facility explored why Indonesian woman experience mixed outcomes with their career progression.

The 2021 Longitudinal Global Tracer Survey implemented by the Australia Awards Global Tracer Facility (GTF) examined the long-term outcomes of alumni of development scholarships funded by the Australian Government. This survey identified mixed outcomes for Indonesian women in terms of career progression and concluded that more nuanced research was needed to understand perceptions of leadership and career advancement among alumnae.

The objectives of this study were to explore and generate further understanding of:

About the Indonesian alumnae

The study involved a survey of 42 Indonesian alumnae who completed their award between 2007 and 2010. Most alumnae who responded to the survey are working full-time (76.2%), and either work in the public/government sector (48.6%) or in the university/academia sector (37.8). Most alumnae continue to live in Indonesia (81.1%, and 18.9% in Australia), and are spread across the regions.

The survey data shows these alumnae are influential leaders who continue to be motivated to contribute to sustainable development, achieve further education and gain higher positions in their fields. Many alumnae are leaders in the workplace; nearly two thirds of the alumnae hold a formal leadership position (63.9%), and a quarter are informal leaders (25%). Personal and family commitments are a factor in how alumnae navigate their career progression and seek progression opportunities, and these responsibilities are situated within competitive and structured workplace advancement policies where personal networks can be advantageous.

Alumnae perspectives on leadership indicate a positive outlook on their ability to lead.
Most alumnae believe leadership is within the reach of most people and that regardless of job title, anyone can influence others to achieve their objectives (97.6%) and act as a leader (92.9%). Many alumnae are interested in furthering their career in the future by attaining a leadership or more senior role in the workplace (82.9%).

Leadership in the workplace

Most alumnae indicated that attaining a formal leadership role was important (88.1%), with many alumni suggesting that leadership roles are important for obtaining greater agency and authority within their organisations. However, while alumnae believe anyone can be a leader, in practice it was evident that the influence of their workplace leadership structures plays an important role in whether people are given leadership roles. For many alumnae, their workplace has a vertical style of leadership (75%), reflecting the high power distance culture in Indonesia, where power and authority are viewed by position.  Alumnae challenges to progression in seniority extend beyond factors of gender. While some alumnae referred to children and family commitments, other common challenges identified were the workplace advancement policies and competition, and political influences and relationships in the workplace. The extent that gender bias influences these workplace factors was unclear.

Over two thirds of alumnae were satisfied or very satisfied with their current career progression (70%). Alumnae indicated they are employed in supportive workplaces, with over half able to access opportunities to undertake new tasks and formal training or workshops (57.5%). Less than half of alumnae reported having choice in their career development pathways (41%).

The factors which have enabled and challenged alumnae career progression are both personal and workplace based. Most alumnae stated their Australian development scholarship helped their career progression, however, there were lower levels of consensus about the challenging factors among alumnae. Strict promotion policies were the most cited factor (43.6%), although about a third of alumnae referred to personal or family commitments (32.5%) and limited opportunity for advancement or new tasks (30%). A fifth of alumnae referred to gender bias in the workplace, which was as frequently stated as corruption or nepotism (20%).

Alumnae identified their Australian development scholarship as helping with their career progression (97.5%) and their confidence, skills and knowledge (95%). However, few reported participating in formal leadership development workshops on award, or post award through Australia Awards Indonesia (AAI). Over a third stated support from AAI and their local Australian alumni association had been helpful for their career progression (40%). Most alumnae were also enthusiastic about receiving ongoing support from AAI, with the most frequently requested activities based around leadership and skill-based development, and networking with Australian professionals or organisations and fellow alumni.

The full study, along with the recommendations to support alumnae leadership and career progression is available to read here.