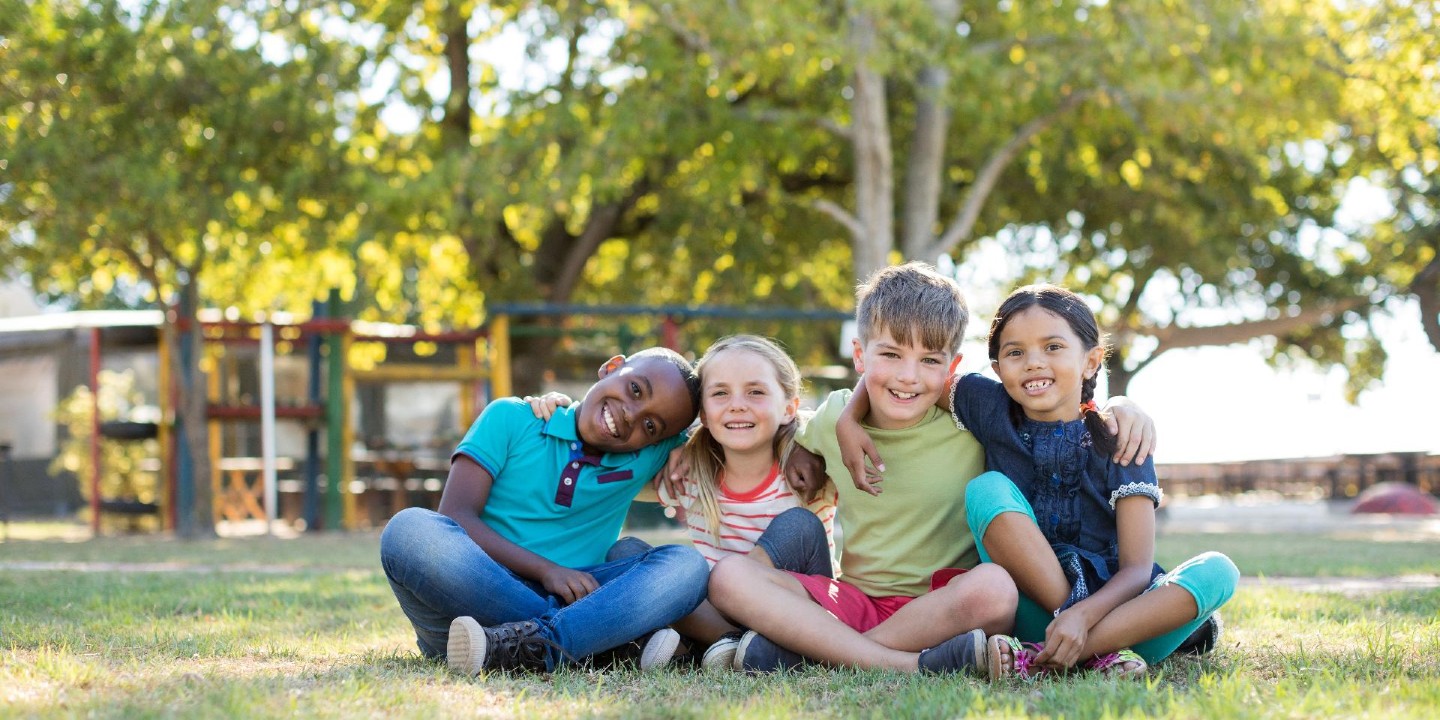 A study by the Australian Council for Educational Research (ACER) for the International Baccalaureate Organization (IBO) found that students in the IB Primary Years Programme (IB PYP) demonstrated consistently higher levels of wellbeing than those educated outside the program.

The IB PYP is an educational framework for students aged 3-12 years focused on whole child development through an inquiry-driven approach. The IBO administers IB programmes around the globe and commissioned ACER to investigate the impact of the IB PYP on the wellbeing and other social-emotional learning outcomes of participants. The study analysed data from PYP and similar non-PYP schools and surveyed teachers and students in a representative sample of 56 PYP schools around Australia.

Researchers found that many elements of the IB approach, such as the curriculum, supporting documentation and programmatic factors like the learner profile, were helpful elements towards promoting wellbeing.

Based upon survey responses, the researchers developed a tool called the PYP Index to broadly measure each school’s implementation of the PYP and to accurately compare data across schools. This enabled exploration of the relationship between implementation quality and wellbeing levels by comparing schools grouped by how well they implemented the principles and practices of the PYP, whilst controlling for confounding factors like socio-economic status.

High-performing PYP schools displayed a more positive school climate (Cohen’s d effect size: ES +1.54) and higher levels of teacher collaboration (ES +0.91) as well as positive classroom culture (ES +0.46), when compared to schools categorised as low-implementing. Students in high-performing schools were found to be more challenged to think globally and spent more time acquiring skills like learning to manage emotions and make friends. As the graph comparing average responses shows, these school-level and classroom-level factors were found to support student wellbeing (ES +0.12) and the development of social, emotional and learning skills (ES +0.15) more, if students were in high-performing PYP schools. 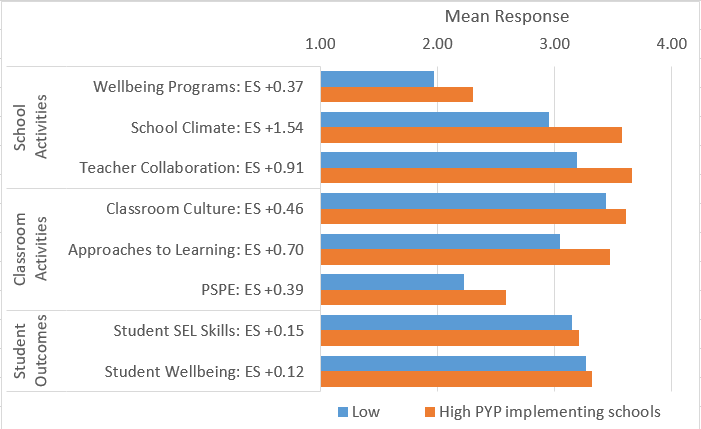 Read the summary report or the full report.

Preparing students for a changing world

Literacy learning in a pandemic